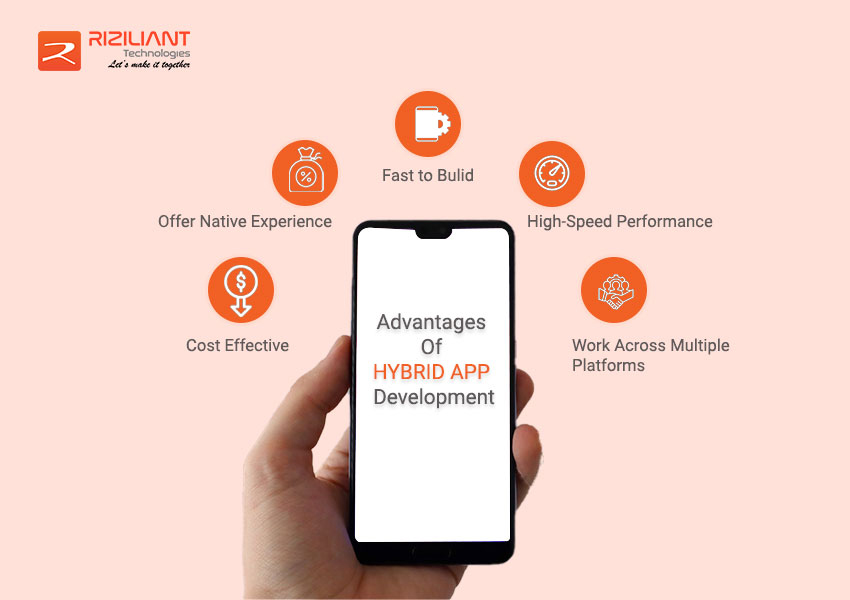 What is Hybrid App and Hybrid Application Advantages?

Generally, mobile apps are built by using the specific platform for App Development process with the help of a specific tool such as android studio xCode etc but once the application is built for Android, it can’t be installed on iOS and vice versa. This is the case of Native applications which are in trend for many years.

The native mobile application has its own importance on the mobile world. Native apps have high performance, high response time but these applications are built for a specific platform provided by the platform vendor e.g. Xcode/Objective-C for iOS, Eclipse/Java for Android, Visual Studio/C# for Windows Phone. If any user wants two mobile apps for its Android and iOS, then he requires building two mobile app. But due to technological advancement, Hybrid mobile app development services introduced in the market in order to tackle this scenario.

Hybrid means composed of elements of different types. Hybrid App is a software application that combines elements of both native apps and web applications. It is a combination of both of them.  We can say hybrid apps are essentially web apps that have been put in a native app shell so that they can perform on different platforms.

Hybrid apps are becoming very popular because they allow developers to write code for a mobile app once and still accommodate multiple platforms without writing different code from starting. For example: In a native app, if the code is written in android IDE, then it can be used only on android devices but not on iPhone. But the hybrid application can run on both android devices and iOS devices.

In Hybrid mobile application development, Apps are built through web standards like HTML5, CSS, and JavaScript and then run inside a container like Cordova that allows them to be installed similarly to a native app. And once created, you can publish your hybrid mobile app in the Apple, Google, and Windows App Stores from where end-user can download and installed on their devices and perform respective functions.

However, Hybrid application may be slightly slower than native or web versions of the same app due to the addition of adding an extra layer between the source code and the target platform. These app works are similar to the web application but require downloaded by devices like native apps.