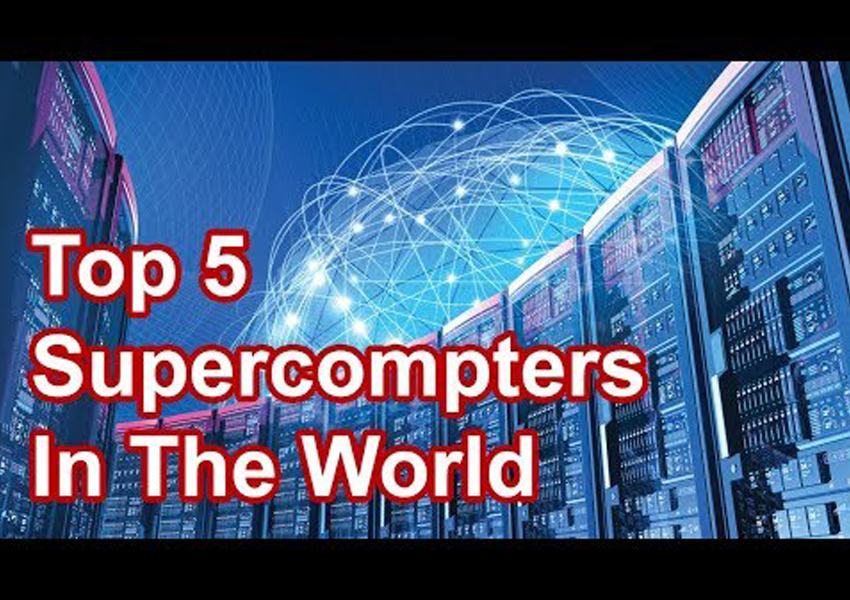 5 fastest supercomputers in the world

A new entry, Frontera is the brand-new supercomputer at the Texas Advanced Computing Center (TACC) at the University of Texas. It replaces Swiss National Computing Centre’s Piz Daint, the only European machine in the previous top five, leaving the highest-ranking spots now split solely between the US and China.

At 23.5 petaflops, Frontera is the fastest supercomputer on a university campus. It was designed specifically to tackle the most prevalent types of problems that scientists need supercomputers to solve–equations that describe motions of bodies in the universe and the interactions of atoms and molecules. But Frontera doesn’t neglect up-and-coming areas like data-intensive applications and deep learning.

Frontera was funded by the National Science Foundation (NSF). Each year, more than 55 million node hours on Frontera will be made available to researchers through the NSF Petascale Computing Performance Allocation program.

Tianhe-2, whose name translates as “MilkyWay-2,” has also seen recent updates. But despite now boasting a whopping 4,981,760 cores and running at 61.4 petaFLOPS, that hasn’t stopped it from slipping two spots in just one year—from #2 to #4.

TOP500 reported that the machine, developed by the National University of Defense Technology (NUDT) in China, is intended mainly for government security applications. This means that much of the work done by Tianhe-2 is kept secret, but if its processing power is anything to judge by, it must be working on some pretty important projects.

A former number one, Sunway TaihuLight dominated the list since its debut in June 2016. At that time, its 93.01 petaFLOPS and 10,649,000 cores made it the world’s most powerful supercomputer by a wide margin, boasting more than five times the processing power of its nearest competitor (ORNL’s Titan) and nearly 19 times more cores.

But given the non-stop pace of technological advancement, no position is ever secure for long. TaihuLight ceded the top spot to competitors in June 2018. Supercomputers save lives by forecasting serious storms like Cyclone Felling in the Southern Indian Ocean. Courtesy William Straka, UWM/NASA/NOAA.
Located at the National Supercomputing Center in Wuxi, China, TaihuLight’s creators are using the supercomputer for tasks ranging from climate science to advanced manufacturing. It has also found success in marine forecasting, helping ships avoid rough seas while also helping with offshore oil drilling.

Lawrence Livermore National Laboratory’s (LLNL) Sierra initially debuted at #3 on the June 2018 list with 71.6 petaFLOPS, but optimization has since pushed the processing speed on its 1,572,480 cores to 94.6 petaFLOPS, earning it the #2 spot in November 2018.

Showing further evidence of the US Department of Energy’s renewed commitment to supercomputing power, Oak Ridge National Laboratory’s (ORNL) Summit first claimed the #1 spot in June 2018, taking the top rank from China for the first time in 6 years. Further upgrades have cemented that spot—at least until the next list comes out in June 2019.

In the year since its debut on the June 2018 list, Summit has widened its lead as the number one system, improving its initial High-Performance Linpack (HPL) performance from 122.3 to the current 148.6 petaFLOPS. Unusually for such a high-performing machine, Summit is also ranked third on the GreenTop500, which measures energy efficiency in supercomputers.

Scientists are already putting the world’s most powerful computer to work. A seven-member team from ORNL won the 2018 Gordon Bell Prize for their deployment of Summit to process genetic data in order to better understand how individuals develop chronic pain and respond to opioids.